Balkans countries are likely happy with all the attention they have received in recent weeks. Josep Borrell, the European Union’s high representative-designate for foreign affairs and security policy, commented that the region would be one of the focal points of his tenure, promising that his first official visit would be to Pristina. Meanwhile, US Secretary of State Mike Pompeo visited North Macedonia and Montenegro, and Turkish President Recep Tayyip Erdogan was greeted with a red-carpet ceremony in Belgrade. So, what’s all the fuss about?

The truth is that the EU has been stuck in the Western Balkans for a while now, ever since it transpired that enlargement – as a goal, not a process – would be put on hold for the foreseeable future. The nomination of former Hungarian justice minister László Trócsányi as the European commissioner for enlargement negotiations – despite the fact that he is partly responsible for attacks on the rule of law in Hungary under his boss, Viktor Orbán – was never going to appeal to many European leaders. Hence the European Parliament Committee on Legal Affairs’ rejection of Trócsányi’s candidacy.

The new Hungarian candidate, career diplomat Olivér Várhelyi, is seemingly less controversial – but the core problem remains. The representative of a de facto autocratic state that constantly contests the European community of values can hardly be a credible advocate for democracy in the Balkans. Indeed, many fear that the Hungarian commissioner will promote Orbán’s governance model among Balkan elites – who are already tempted to over-centralise power through control of the media and the economy.

In this context, Borrell’s hearing gave a hopeful sign to the region. “The Balkans and the eastern front of Europe, that’s the priority of our external policy”, he said during his session at the European Parliament on 7 October. What remains after the suspension of the accession as a credible end goal is a geopolitical approach, with a focus on the Kosovo-Serbia dialogue (which, unlike enlargement, is in the realm of the high representative). “We have to make an agreement between Serbia and Kosovo, and it will be my priority”, Borrell said.

The future high representative was loud and clear in his engagement with the problems of the region, despite widespread suspicions of bias created by Spain’s refusal to recognise Kosovo as an independent state. The new impetus in Brussels should bring about a much-needed change in the Belgrade-Pristina Dialogue – a process that had been derailed by a lack of EU leadership, among other factors. Serbia’s and Kosovo’s recent land-swap discussion replaced the dialogue altogether, before failing due to both substantive disagreements and a lack of communication.

But Borrell’s task will not be easy. While dealing with distrust between Serbia and Kosovo, Borrell will have to work with Richard Grenell, whose posting to Berlin prompted the Atlantic to label him “America’s Trumpiest Ambassador”. A novice on the Balkans, Grenell is usually busy supporting the US president’s Iran policy; he shares Donald Trump’s trolling style in international diplomacy and will probably follow former national security adviser John Bolton’s line on Kosovo and Serbia. The most vocal defender of the land swap, Bolton had convinced the White House that the US could achieve a quick and much-needed win through the deal. In the 2000s, Grenell was Bolton’s spokesman at the United Nations. Following the State Department’s appointment of Deputy Assistant Secretary Matthew Palmer as special envoy to the Western Balkans in late August, there is now a Jekyll and Hyde quality to the US approach to the region.

Meanwhile, the political terrain in Kosovo is shifting. Vetevendosje (Self-determination) – a radical-left, anti-establishment party that campaigns against the UN, foreign interference, and corruption – won the country’s parliamentary election. Its charismatic leader, Arbin Kurti, currently carries the hopes of most people in Kosovo. Twenty years after former Kosovo Liberation Army guerrillas took power in Pristina, Kosovars now want to break the vicious circle of nepotism, failed reform, economic stagnation, and public disillusionment. From the point of view of restarting the dialogue, the new setup may not be much easier than negotiating with the previous prime minister, Ramush Haradinaj. Kurti has staked his reputation on not being a dealmaker. Moreover, his relationship with the Bolton group in Washington is less close than that of Kosovo President Hashim Thaci, a co-author of the land-swap plan.

Serbian President Aleksandar Vucic, in contrast, is threatened not by political change but by a stagnating economy. According to the World Bank, Serbia’s projected GDP growth in 2019 will be around 3 percent, down from 4.2 percent in 2018. With the Western Balkans experiencing severe brain drain (up to one-third of its population has left in the last ten years) and low investment, countries in the region are hedging their bets. Serbia welcomes Chinese and Turkish investment, wants to buy Russian and Turkish military equipment, and discusses plans for creating an area of free movement and trade with its neighbours (which would exclude Kosovo, the only country there not to have a visa-free regime with the EU). Vucic even plans to sign on 25 October a deal to join the Eurasian Economic Union – a Russian-led bloc that includes Armenia, Belarus, Kazakhstan, and Kyrgyzstan.

The restart of the dialogue between Belgrade and Pristina will take a lot of diplomatic energy and persistence. It will have to take into account the hopes and aspirations of citizens in the region, to be supported by both governments and opposition groups, and to reassure the neighbours that it will not affect regional stability. Seeking an agreement in the Balkans will indeed be a test for the EU: in Borrell’s words, “if we as Europeans are not able to solve this problem in our immediate vicinity, it’s very hard to believe that we are going to be a geopolitical power.”

Elsewhere, geopolitical shifts were occurring in real time. While Erdogan was visiting Belgrade, the Turkish military launched an incursion into northern Syria. The operation, targeting Kurdish-controlled areas, will undoubtedly displace many more civilians – for whom the Balkan route would be the shortest way westward. Another wave of migration would destabilise the region and, should the EU not provide them with enough support, Balkan countries may be pushed into the arms of various outside actors. It will be even easier for Russia to assert that the EU is incapable and NATO is obsolete – and to offer help in security in defence, reducing the Alliance’s leverage.

Having served as Spanish foreign minister, Borrell has dealt with many migration-related tragedies along the western Mediterranean route – and would, therefore, recognise the scale of the potential problem in the Balkans. The solutions to this problem, however, will be in the hands of member states. Borrell is right: if the EU fails in the Balkans, it can be hardly taken seriously in the international arena. 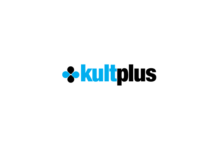 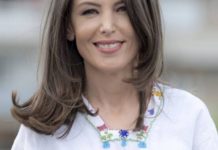 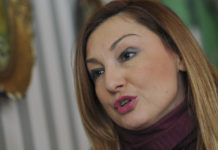 Anamari Repić: We forget about people and their lives because of politics