ABOUT THE EVENT
Twenty years after the wars in the Western Balkans ended, internal and external authoritarian tendencies threaten democracy in this troubled region. While technically free, elections are hardly fair. Internally, they are distorted through state pressure, oligarchic influence over the media, and high-level corruption. Externally, China and Russia are offering an alternative, value-based challenge to the West, proposing alternative models to liberal democracy. While much international attention has understandably focused on democratic backsliding within EU member states, particularly in Central Europe, the democratic decline in the Western Balkans has gone largely unnoticed.  Without the West’s sustained attention and support, the fragile region faces the prospect of further democratic decay. In his presentation, political analyst and civic activist Agon Maliqi will discuss how to bolster domestic constituencies for liberal democracy in the Western Balkans. A panel of experts will elaborate on larger regional and geopolitical trends and ways to counter the influence of authoritarianism.

ABOUT THE SPEAKERS
Agon Maliqi is a policy analyst, civil society activist, and media writer from Prishtina, Kosovo.  He is the creator and co-founding editor of sbunker.net, an Albanian language current affairs and ideas blog giving voice to a younger generation of scholars, writers, and activists from the Western Balkans.  He is a regular contributor to Kosovo’s print media, having published more than 100 op-eds and essays over the past decade, and is a frequent commentator on current affairs on radio and television.  Over the past decade, Mr. Maliqi has also worked as an independent policy consultant in Kosovo, initially focusing on good governance and human development projects.  Due to rising concerns over regional security, and democratic backsliding as a troubling new paradigm in Eastern Europe, his most recent work has focused more on issues of identifying political risk and building resilience to authoritarianism.  During his fellowship, Mr. Maliqi is examining ways of building and mobilizing a constituency for liberal democracy in the Western Balkans region, in order to combat rising illiberalism and popular skepticism about democracy.

Ivana Cvetković Bajrovic is associate director at the National Endowment for Democracy (NED), where she works on democracy assistance programs to civil society organizations, think tanks, and independent media across Europe. She serves as a leading resource for decision-makers, policy analysts, and scholars in Washington and around the world on political developments in the Western Balkans and has made a number of related appearances in the leading international media. Her book,Mistakes Donors Make: Civil Society and Democracy Assistance in the Balkans, was published in Serbia in 2011 and identifies best practices and lessons learned from foreign assistance to civil society in post-conflict Bosnia and Herzegovina, Kosovo, and Serbia. Her previous experiences include training U.S. peacekeepers deployed to former Yugoslavia and supporting the NATO peacekeeping mission in Bosnia and Herzegovina immediately after the signing of the Dayton Peace Accords.

Molly Montgomery is a Vice President in Albright Stonebridge Group’s Europe practice. Ms. Montgomery joined the firm from the White House, where she served as Special Advisor to the Vice President for Europe and Eurasia. In addition to advising the Vice President on strategy, policy development, and engagement toward Europe, she frequently represented the White House in public and private engagements with the diplomatic, business, and non-profit communities. Previously, Ms. Montgomery served as Deputy Director of the Office of Eastern European Affairs at the U.S. Department of State. There, she helped to lead the U.S. response to the crisis in Ukraine and developed strategies to fight corruption, spur democratic and market-oriented reforms, and increase energy security throughout the region.

Jasmin Mujanović is a political scientist specializing in the politics of post-authoritarian and post-conflict democratization. His first book Hunger and Fury: The Crisis of Democracy in the Balkans (Hurst Publishers & Oxford University Press, 2018) examines the persistence of authoritarian and illiberal forms of governance in the Western Balkans since the end of the Yugoslav Wars. His publications also include peer-reviewed articles in academic journals, chapters in numerous edited volumes, policy reports for Freedom House, the European Council on Foreign Relations, and the Friedrich Ebert Stiftung, as well as popular analyses in the New York Times, theWashington Post, Foreign Affairs, Al Jazeera, openDemocracy, and a host of other media. Originally from Sarajevo, he is currently an adjunct assistant professor of political science at Elon University and a policy consultant for the Friedrich Ebert Stiftung – Dialogue Southeast Europe office. 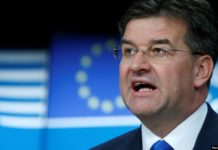 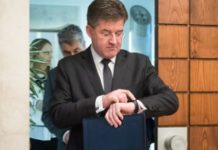