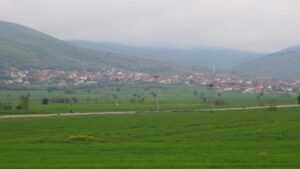 Experts and citizens are voicing concern that the addresses of minority ethnic Albanians in Serbia are being made quietly inactive by the Serbian authorities, without the subjects being informed.

Flora Ferati Sachsenmaier, a research fellow at the Max Planck Institute for the Study of Religious and Ethnic Diversity in Germany has investigated the issue of addresses of ethnic Albanians in Serbia being made “passive”, in collaboration with the Albanian Forum for Economic Development in Serbia, AFEDS.

She told BIRN that most of the affected individuals have only received about their vanished addresses orally, accusing Serbia of discrimination. “The core of this discriminatory policy towards Albanians is the concealment of traces,” she told BIRN.

“Any institution or individual who intends to register the cases of Albanians in Serbia, based on legal acts or decisions issued by the police, will be able to tell only a small part of the truth about the passivity of Albanians there,” Ferati Sachsenmaier said.

The office in Medvedja in southern Serbia of the National Council of Albanians said in January that every ethnic Albanian citizen who fears their address has been made inactive should submit “a copy of the legal act (decision or notification) by the relevant body (police station).”

The Council was established based on Serbian law, one of several formed to represent the interests of Serbia’s ethnic minorities. Its leaders are elected by direct vote every four years.

Current leader Ragmi Mustafa, told BIRN that the council has been dealing with the issue of silently deactivated addresses since 2012.

Based on official data alone, in the last three years alone, “1,700 Albanian settlements in Medvedja have been made inactive and 560 in Bujanovac with no accurate data for Presevo”, he said.

But data provided to BIRN by Ferati Sachsenmaier from the AFEDS questionnaires and research said the problem was bigger. “Since 2015, the Serbian authorities have made inactive the addresses of 4,000 Albanians in Medvedja and around 2,000 Albanians in Bujanovac”, it says.

Serbia has long had an interest in reducing the size of the Albanian ethnic minority in Serbia, partly to quash any potential claims by mainly ethnic Albanian Kosovo to ther southern part of its territory.

In July 2020, Serbian President Alexandar Vucic told public broadcaster RTS that only “300 Albanians really live there” – in Medvedja  not 4,000, as had been claimed.

Citizens and experts are concerned the ongoing process of deleting addresses will lead to the realization of his claims.

Ferati Sachsenmaier noted the example of 480 ethnic Albanians, initially identified by AFEDS, whose addresses had been made inactive by the Serbian authorities.

Only 20 of these had been notified of official decisions by the state authorities. She warned of moves to “legitimize the official version of the Serbian authorities” concerning the number of ethnic Albanians in Serbia.

Mustafa agrees that the number of inactive addresses he can provide is probably far below reality, due to the lack of hard data. However, he said the National Council still depends on the submission of official documentation to identify such cases.

Noting that “oral explanation” makes it impossible to track legal procedures, Mustafa pointed out that “every citizen has the right to use the Law on Access to Information of Public Importance. Every institution is obliged to respond according to the laws in force” and if this does not happen, the Council will provide legal assistance”.

Mustafa said that while they will “initially treat the case within the legal system in Serbia”, they are not afraid to go “to the Strasbourg court” and present the matter “before the international community”.

Several ethnic Albanians said in their answers to the AFEDS questionnaires, some of which BIRN has seen, that they requested official information from the authorities, and even tried to appeal the decision that made their address inactive – but without results.

Haki Emini, ethnic Albanian human rights activist from Medvedja with temporary residence in Switzerland, voiced his own experience of requesting information from the Serbian authorities about the process of his address becoming inactive via a public letter published by Helsinki Committee for Human Rights in Serbia in July 2020. This was also without any results. 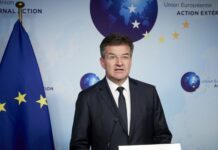 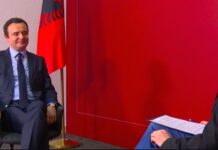 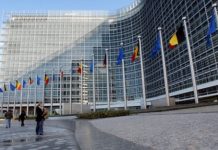 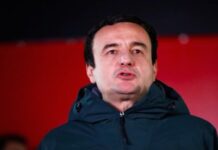 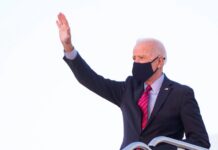