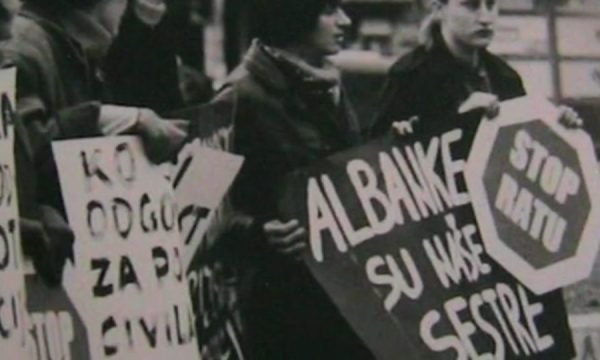 The non-governmental organization in Serbia “Women in Black” has announced that today will organize a protest against racism that is being done to Albanians in this country.

The announcement of this organization on the social network Facebook states that the protest will start at 13:00 and will continue until 13:30.

“We strongly condemn hate speech, intolerance and xenophobia against the Albanian community in Serbia, as well as against Kosovo Albanians. The highest representatives of the state of Serbia are introducing the racist and discriminatory term ‘Siptar’ in official communication.”

“During the stage action “Stop Racism”, we will list only a few examples of state policy that stigmatizes the Albanian community! The more languages you know, the more valuable you are – we learn Albanian! “If you want to go, if you want to do it – do not worry!” it is said in the announcement.