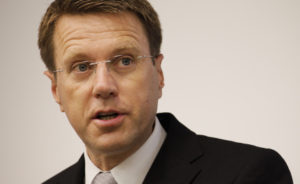 Four years later, we have the Stabilisation and Association Agreement between the European Union and Kosovo that will enter into force on 1 April 2016, as the most important achievement for the Kosovo-EU relations over the past few years. This is the first comprehensive contract between the EU and Kosovo, which provides concrete tools to improve economy, create jobs, fight corruption, strengthen democracy and rule of law, and increase political and institutional stability. It is now up to Kosovo to make it work for its citizens. The more Kosovo implements the SAA, the closer its standards will be to those in the EU.

And at the end of the last year, the European Commission presented its Final report on Kosovo’s fulfillment of visa liberalisation requirements. We came close to the end of the journey. We trust that Kosovo can meet the remaining few recommendations in a near future. As soon as this is done, the Commission will propose to the EU member states and to the European Parliament lifting of visas for Kosovo citizens. Member states and the European Parliament are the ones who will make the final decision enabling Kosovo citizens to travel visa free to the Schengen area.

The EU is the main partner of Kosovo. The EU and its member states are the largest investor, trade partner, and donor. Half of all donations to Kosovo come from the EU and until 2020 the EU has committed to invest another 650 million euro in Kosovo.

All of the above, including the continuous assistance provided by Eulex, shows how the EU engages with political actors in Kosovo to support stability and the rule of law that will enable prosperity for the Kosovo people.

Unfortunately, for the past several months the politicians of Kosovo have spent most of their time and energy dealing with themselves instead of dealing with what the people need them to do: improving economy and creating opportunities for new jobs, strengthening the rule of law and fighting corruption as prerequisites for the economic well-being. In the coming period, we need to see a change. We need to see politicians throwing proposals rather than water bottles at each other on how to make Kosovo better. We need them to fight with ideas not with teargas on how to improve lives of their citizens. We need them to put Kosovo first. We hope that the two sides, the government and the opposition, will find a way to sit around the table, engage in a political dialogue, and find a way out of the current crisis in the interest of Kosovo people.

Let me also mention two difficult yet important achievements for Kosovo recently: the Brussels agreements within the dialogue between Pristina and Belgrade, and the establishment of the Specialist Chambers. The Specialist Chambers are an important rule of law tool that will finally clarify some issues from the past. I know that there has been a lot of fear among both the Albanians and the Serbs in relation to what the Brussels agreements bring, especially in terms of the Association/Community of municipalities with the Serb majority in Kosovo. Serbs fear integration in Kosovo unless the Association/Community is put in place. On the other hand, the Albanian majority is fearful that there will be no Serb integration if Association/Community comes to life. Both sides have the right to their fears, but at the same time they should try to understand and respect each other’s concerns. By doing that, they would also find a way to draft the statute of the Association/Community the way that would unite communities and strengthen Kosovo.

The SAA will come into force this spring, the Specialist Chambers will start with their operation, and the Association/Community will come to life. Along with the visa liberalisation, these are important benchmarks on Kosovo’s European path. This February Kosovo got a new President. I hope he will invest all his knowledge and energy to bridge the divide in the Kosovo society, make the political dialogue a norm and contribute to furthering Kosovo-EU relations.

This will not be an easy year, but I am hopeful about the future. This is because I have faith in the people, who are hard-working and want a better Kosovo. I trust that the political elites will also give their contribution to a more prosperous Kosovo, by concentrating more on the needs of their people and less on political bickering. As always, the EU will be here to provide its support. 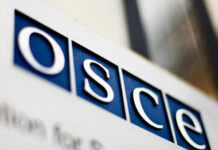 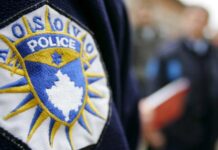 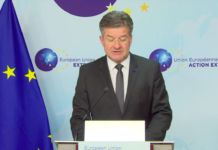 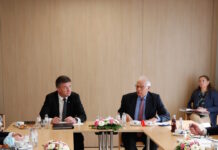 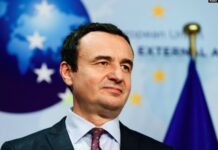