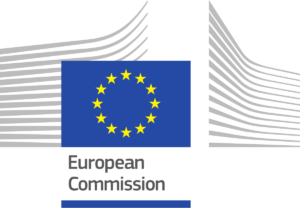 The reporting period was marked by early legislative elections, two changes of government and relatively long periods with only a caretaker government in place. Due to this volatile political context and the necessary focus on the pandemic response, there was overall limited progress on EU-related reforms in Kosovo.

Following the resignation of the then Prime Minister Ramush Haradinaj in July 2019, early legislative elections took place in October 2019, with a higher turnout than for the previous elections. The new Assembly was constituted in December 2019 and a new government headed by Prime Minister Albin Kurti took office on 3 February 2020, with a stated commitment to pursue EU-related reforms, foster economic development and the fight against corruption and organised crime. However, this government was dismissed less than two months after, by a no-confidence vote, following disagreements between the coalition partners. The vote of no-confidence led to a political crisis, notably over the constitutional procedures regarding the formation of a new government. After the Constitutional Court clarified the issue, a new government led by Prime Minister Avdullah Hoti took office on 3 June 2020.

During the reporting period, the Assembly did not improve its overall performance as a forum for constructive political dialogue and representation, as demonstrated notably by the frequent lack of quorum. Under the new legislature, there have however been some improvements in the organisation of its work. The Assembly should prioritise EU-related reforms and ensure parliamentary best practices.

The legislative elections of October 2019 were overall well-administered and transparent, but the vote-counting process exposed vulnerabilities. The campaign was competitive, except in the Kosovo Serb areas where the campaign environment was marred by intimidation against non-Srpska Lista candidates and supporters. Recurring election process shortcomings need to be urgently addressed, in line with the recommendations of several EU election observation missions.

The situation in the north of Kosovo remains challenging, in particular when it comes to corruption, organised crime, and the conditions for freedom of expression.

There is some level of preparation in the area of public administration reform. During the reporting period, limited progress was made in increasing transparency in the public administration and of public procurement procedures. Implementation of the package of three public administration reform laws adopted in February 2019 was stalled as a result of the political situation and the request for constitutional review of the Law on salaries and the Law on public officials. On 30 June 2020, the Constitutional Court declared the Law on salaries  unconstitutional in its entirety and ruled that the Law on public officials needs to be amended for it to fully enter into force. The Law on organisation and functioning of the state administration is fully in force and its implementation should continue. Weak central and inter-ministerial coordination remains a challenge for the overall implementation of the reform. During the reporting period, non-merit based recruitments remained a concern, while inclusive and evidence-based policy-making was hampered by ad hoc decisions, often influenced by special interests. Kosovo authorities need to ensure that the reform of the public administration remains a priority and should build on the progress achieved so far.

Kosovo’s judicial system is at an early stage of preparation. Some progress was achieved with the partial implementation of rule of law related legislation including the Law on the disciplinary liability of judges and prosecutors and the Law on mediation, and with the advancement of the roll out of an electronic case management system and central criminal record registry. The judiciary is still vulnerable to undue political influence. The ongoing Functional Review of the Rule of Law Sector has provided a sound basis to reform and modernise various aspects of the judiciary. The Kosovo authorities should now take this work forward. The administration of justice remains slow and inefficient and rule of law institutions need sustained efforts to build up their capacities. The COVID-19 pandemic limited the holding of court hearings in Kosovo; yet the Criminal Procedure Code specifies that if no hearings are held for 3 months, the trial has to re-start. An important number of criminal trials (including high-profile ones) may be affected by this rule. Kosovo authorities should follow-up on this issue and take the necessary measures to ensure effective and efficient conduct of justice. Kosovo is at an early stage/has some level of preparation in the fight against corruption. Kosovo has made limited progress in this area, including on the investigation and prosecution of high level cases, on the confiscation of assets as well as through the creation of the Special Departments handling cases regarding high-level corruption (and organised crime) in the courts. Final confiscations of assets and the overall capacity of the prosecution, including as regards supporting staff, remain low. Corruption is widespread and remains an issue of serious concern. There is a need for strong political will to effectively address corruption issues, as well as a robust criminal justice response to high-level corruption. The adoption of the revised Criminal Procedure Code is still pending, while the revision of political party financing legislation was delayed.

Kosovo is at an early stage in the fight against organised crime. Progress has included investigating and prosecuting high-level cases, recruiting additional staff for the special prosecution office and training and awareness raising on the freezing of assets. However, overall progress has been limited. There are still few financial investigations, final confiscations of assets and final convictions. Measures are needed to strictly ensure there is no political interference with operational activities of law enforcement bodies and the prosecution. The situation in the north of Kosovo with regards to organised crime continues to pose challenges for law enforcement agencies.

In July 2020 Europol and the Kosovo Police concluded a Working Arrangement. Kosovo was the only partner in the Western Balkans without any structured and formalised cooperation with Europol, which created a significant gap. The arrangement will constitute the basis for enhanced cooperation between Kosovo Police, Europol and EU Member States, in particular in addressing terrorism and extremism as well as organised crime.

Progress was made in the fight against terrorism, in line with the objectives set out in the EU-Kosovo implementing arrangement for the Joint Action Plan on counter-terrorism for the Western Balkans, especially with regard to the rehabilitation and reintegration of foreign terrorist fighters and their families. The Kosovo authorities need to be more effective in their efforts to fight money laundering and the relevant law should be brought in line with EU acquis and international standards.

The legal framework broadly guarantees the protection of human and fundamental rights in line with European standards. However, the implementation of human rights legislation and strategies is often undermined by inadequate financial and other resources, particularly at local level, limited political prioritisation and lack of coordination. The large dependence on foreign donors remains. The adoption of the Law on Child Protection fulfilled one of the recommendations of last year’s report. More needs to be done to effectively guarantee the rights of persons belonging to minorities, including Roma and Ashkali and displaced persons, to ensure gender equality in practice, and to advance the protection of cultural heritage. Kosovo has some level of preparation regarding freedom of expression, which is enshrined in the Constitution. Kosovo benefits from a pluralistic and lively media environment. Rule of law institutions need to continue efforts to follow-up on threats and attacks against journalists. The public broadcaster remains vulnerable to political influence and a sustainable solution for its funding still needs to be found.

The Kosovo authorities have made progress in managing both regular migration and mixed migration flows. Kosovo activated its contingency plan due to the influx of asylum seekers and irregular migrants. Its efforts should be continued and built on.

As regards the economic criteria, Kosovo is at an early stage and has made limited progress in developing a functioning market economy. Robust economic growth continued in 2019, but the difficult labour market situation and the lack of economic diversification remain a challenge. While the government adhered to the fiscal rule in 2019, the composition of public spending has further deteriorated. Decreasing capital spending, rising pressures related to non-poverty-targeted social benefits and increasing public wages pose risks to public finances and hinder private sector development. The business environment saw limited improvements. Private sector development remains constrained by a widespread informal economy, a slow and inefficient judiciary, a high prevalence of corruption and the overall weak rule of law. Kosovo’s economic outlook started to deteriorate rapidly in spring 2020, as the COVID-19 quarantine measures disrupted the financial flows with diaspora. Kosovo is at an early stage and has made limited progress in terms of capacity to cope with competitive pressure and market forces in the EU. The quality of education remains a concern. Kosovo made some progress in improving road infrastructure, but there are large gaps in railway and energy infrastructure. Although investments in renewables are gradually increasing, Kosovo remains reliant on a predominantly coal-based, outdated and unreliable energy production system. Kosovo made some progress as regards the digitalisation of the economy. The economy’s sectorial structure is shifting towards non-tradable activities, which weight on competitiveness and growth of merchandise exports.

As regards good neighbourly relations and regional cooperation, Kosovo continued to participate in most regional fora. In April 2020, the Kosovo government lifted the tariffs imposed since November 2018 on imports from Serbia and Bosnia and Herzegovina and on 6 June all reciprocity measures were lifted. This has allowed for a restoration in trade with Serbia and Bosnia and Herzegovina and for the resumption of the EU-facilitated Belgrade-Pristina dialogue.

Regarding the normalisation of relations with Serbia, the EU-facilitated dialogue resumed with high-level meetings on 12 and 16 July, and 7 September 2020. A number of expert level meetings took place in Brussels. Kosovo needs to make further substantial efforts and contribute to reaching a comprehensive legally-binding agreement with Serbia. Such an agreement is urgent and crucial so that Kosovo and Serbia can advance on their respective European paths. 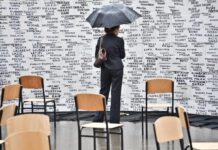 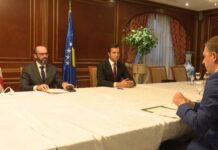 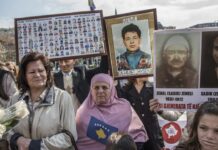 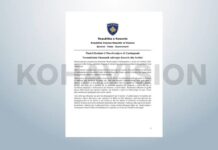 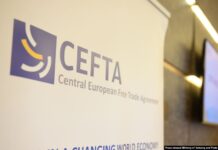 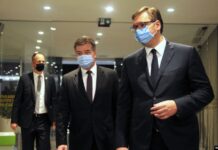