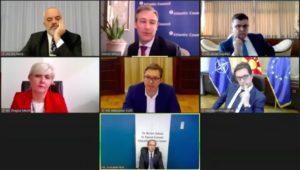 Today, leaders from the Western Balkan Six – Albania, Bosnia and Herzegovina, Kosovo, North Macedonia, Montenegro, and Serbia – joined together at the Western Balkans Partnership Summit to adopt practical measures to deepen regional economic cooperation and recovery measures to counter the COVID-19 economic crisis. The leaders’ decisions will serve to stimulate economic recovery, boost the region’s long-term competitiveness, and strengthen its attractiveness for investors. US, European, and key institution representatives joined the support the leaders’ decisions.

The summit’s achievements include a renewed regional commitment to implementing free movement for goods, services, capital and people; removing barriers that hinder economic growth; and identifying shovel-ready infrastructure investment projects so recovery funds and future investment can be deployed swiftly and effectively. These projects would focus on infrastructure to support green energy efforts, the digital economy, and job creation. The commitments today will help produce a successful summit this fall as part of the Berlin Process.

Specifically, the leaders agreed to make permanent the so-called green lanes established during the lockdown to ensure the unobstructed flow of all goods and priority passage for essential goods; and to expand the green lane concept to more goods and to EU neighbors of the Western Balkan Six when they meet again in Sophia this fall. They agreed to tackle these issues together and work regionally, making relevant bilateral or multilateral agreements open to all. They also pushed to make this effort visible to citizens by removing barriers to live, study, work, and visit through the region. The leaders also welcomed a commitment from the US Development Finance Corporation to prioritize investment in the region.

Today’s summit, which was convened virtually by the Atlantic Council, resulted in a chair’s statement endorsed by all leaders. The full text of the statement can be found here.

The primary objective of the summit was overcoming the economic challenges resulting from the fragmentation of the region. Barriers to the free movement of goods, services, and people have held back the regional economy and trade with EU member states, with goods spending as much as 80 percent of shipping time idling at border crossings.

While the pandemic is depressing economic activity, economic integration could boost regional economies by as much as 10 percent, according to the International Monetary Fund and the European Bank for Reconstruction and Development, and bring the region and its companies closer to the EU Internal Market.

In addition, the leaders committed to a plan designed to attract new investment in the region and accelerate the deployment of committed COVID-19 recovery funds.

“I welcome the initiative of the Atlantic Council to provide a platform for the countries of the Western Balkans to discuss and agree on concrete measures that will foster economic growth and foreign investment across the region. Regional cooperation is not a substitute for European integration, but rather an important preparatory step that helps our countries prepare for accession to the European Union. As an equal member of the Western Balkans Six, Kosovo is committed to contributing to regional economic cooperation.”

“We fully support regional cooperation, and the economic agenda should lead before the political or security issues which occupied us for such a long time. Economic initiatives are very important because they are remedies for the biggest problem of our societies: people leaving the Balkans, primarily looking for a better economic future for their families. We have to find a solution for this challenge and one of the ways to improve the economic parameters of our countries is through regional cooperation.

“We must not allow the EU perspective to remain unclear or distant in the future. The integration limbo has been historically proven to be the worst case scenario for the Balkans. It has always created a space for the unproductive geopolitical competition of the local players and world powers.”

“I proposed that leaders meet virtually on a monthly basis to take stock at the highest level on the implementation of the commitments taken today. In addition, I highlighted the importance of digital connectivity and broadband infrastructure for the unleashing of our economic potential and bringing the region closer to the Euro-Atlantic community, economically as well as politically.”

“Our message is very simple: when we cooperate regionally, let’s do it in a way that will speed up the EU Accession process for each of us, based on individual merits.”

Chairman of the Council of Ministers Zoran Tegeltija of Bosnia and Herzegovina said:

“The coronavirus pandemic-caused crisis pointed at the need for closer regional, as well as international, cooperation with the European Union. As the people most responsible for our economies, which are small and interdependent, yet also dependent on partners in the European Union, were are expected to take a swift and decisive action in order to start an investment cycle and have our citizens assured of our determination for fast progress and an expeditious response to the crisis.

“Encouraged by the latest developments in Brussels, I welcome an agreement made by the EU leaders and expect considerable support within the agreed-to EU financial package for projects to be defined jointly. This way, the European Union can demonstrate once again that the Western Balkans is a part of Europe and that Europe is interested in the Western Balkans countries’ integration to the European Union. Our task and obligation are to work in an accelerated fashion on defining and implementation of joint measures and finally show the results thereof to our citizens.”

“For the first time, there are no big politics. Everything comes to the economy. We do understand the political differences between us, but if we want to resolve political problems, we have to resolve economic ones first. We have to bring our citizens closer, we have to raise the level of economic responsibility, and thereby the living standards of our citizens will go up. That’s why Serbia is committed to working on concrete steps towards faster developing of common economic market.”

Experts from the Atlantic Council will work with a robust network of partners in the region to build upon the momentum of today’s summit.

“Through the Atlantic Council’s Balkans Forward Initiative, we are committed to fostering a more prosperous Western Balkans that is part of the transatlantic community. Today’s summit marks a major step in that direction as the region confronts a critical moment in the wake of COVID-19. I was inspired to see a shared vision for economic growth through cooperation from the region’s leaders, and the Atlantic Council will continue to provide its full support to help the Western Balkans meet its economic potential.”

Video from the public discussion with participating leaders can be found here. 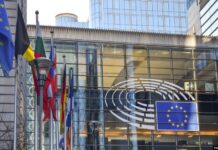 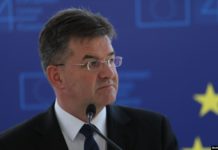 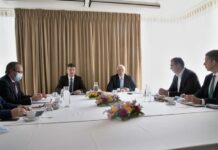 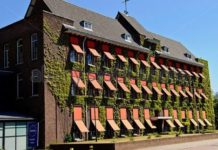 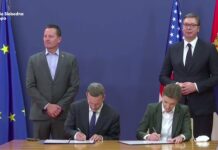 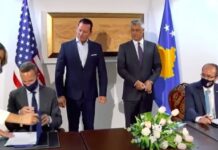